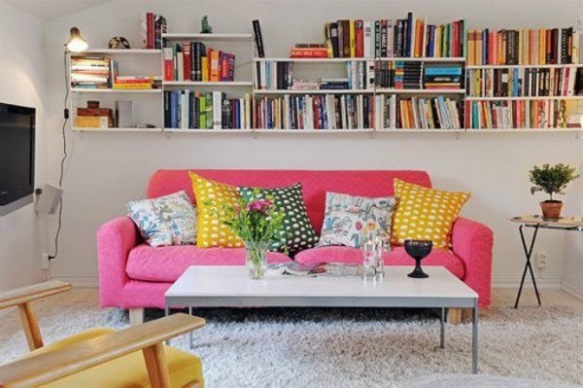 I keep getting asked what the secret to a great relationship is, and instead of the usual platitudes, I say £2000. ‘What?’ and a mystifying brow is the usual response. Let me explain.

You will hold your own estimate in local currency, but for those outside the UK, £2000 ($2980) is becoming the figure for one person of one months rent, deposit and moving in costs to another apartment or flat share in London. It doesn’t sound romantic I know, but nor does being trapped in a relationship that no longer works and you can’t move out.

In the early stages of a relationship spending more time in one partners place than the other is not unusual. Maybe a larger flatshare that one partner has is better than a sprawling student house for those romantic sleepovers and breakfast in bed. Sometimes the distance to get to work is an issue for one, hardly ever staying over at the others. In any major city bags are stuffed with plans ahead : the gym bag, the toilet bag and the relationship bag that’s never big enough to cart from pillar to post, 3 times a week. In the end the routine gets weary and things become ‘left over’ in one bedroom more than the other, thus beginning the game of moving in and stage 2 of coupling : romantic tyranny.

Romance has a place, but as I’ve often said, it’s not at the beginning of dating, it’s about 18 months in, when partners start being less attentive. What looks and feels like romance when you first meet is an illusion, not reality. Moving in together too quickly (to often save rental expense) is not such an epidemic as it once was, due to rental contracts putting the brake on things, but people still do it. Retaining your own space in a relationship really IS the secret key to a healthy relationship. It can also be about holding different friends that the partner rarely meets, or opposite social activities, anything really that brings air into the relationship rather than breeding one based on conditional love, or entrapment due to financial disparity, control & power games.

I know many successful relationships who prefer to live apart, to keep that air circulating, to maintain romantic notions not illusions. A romantic illusion is often based on fear of loneliness, while a romantic notion is based on the healing reality of aloneness to freshen up any relationship. It takes time to develop trust, respect and inner security, so learn to give time time. That chemical component we call love can be confused with chemically induced expectations that substances deliver but quickly fade.

During current austerity, many relationships living together are forced to endure staying put in something that no longer works because of no EXIT door to escape. What was once a romantic cosy, small love nest in the early days of romantic rush is now a cauldron of discontent & entrapment as they can’t afford to move out. This is happening a lot to relationships who got on the mortgaged housing ladder with a studio or one bedroom flat stuck in negative equity, while lovers who sign a yearly contract for rental have at least a short while to wait before termination. At least in a rental you can always fill the room to maintain the contract, but if you have not harboured that £2000 or equivalent, as the EXIT bond then trouble awaits.

Though it sounds unromantic, the most successful relationships are based on money matters, honesty, practicality, support and mutual respect, not red roses. Being in the red, having regular debt, moving in together to save rent money is not always the best option for emotional balance. Having money behind you is the most caring, romantic thing to gift yourself, and I know that people think that love conquers everything, and that money destroys relationships, but relationships are often destroyed because of lack of money not an abundance of it, and trust me there is nothing romantic about paying your partners debts.

Higher esteem comes with financial responsibility, honest communication and maintaining a life outside of a relationship, while romance is vital in continuing tenderness, affection and sexual intimacy within it. Breeding air into a living space and knowing you can afford to leave at any time actually improves a relationship because no one holds the trump card.  A relationship like any startup business, needs money behind it in order to prosper, and prepare for contingencies. Money can’t buy you love, but when love EXITS, at least the door is open to leave. So if you need any advice as to what makes a great, sustaining, pressure-free relationship I suggest you get a piggy bank and start saving up.

This blog first appeared on July 10th 2013 in my weekly RELATIONSHIP GUYD on guyspy.com.

London, England, is lucky enough this summer to be privy to a major retrospective of Bowie: David Bowie is… the biggest sell-out show in the Victoria & Albert (V&A) Museum’s history! It sold out online for the whole four month run, with Five-Star reviews from the media critics. Tickets were only available in limited slots if you visited the museum on the day, so I was lucky to view my own personal history walking around, remembering coming out, broken relationships, pills and clubbing to Bowie’s tracks. His major anthem always was, and still is for me… Heroes… “We can be Heroes, Just for one day.”

The beginning of the exhibition features a collage of influences surrounding teenage David Jones (later Bowie), including the impact of Yuri Gagarin’s first human journey into Outer Space and the Russian Sputnik floating above the ether. Gagarin must have been a hero to a 14 year-old David as much as anyone else, especially as he wrote “Space Oddity” at age 22 in 1969, creating the fictional “Major Tom” spaceman character that became his signature, his vision and legacy. During the same year, Neil Armstrong was the first human to walk on the moon, while fierce gays and trannies at the Stonewall Inn bar refused to be walked all over by police raid brutality, sowing seeds of the Gay Liberation Movement. Heroes, all of them. Checking out the music, costumes and memorabilia dragged me back to a gay life pre-AIDS, when open hard sexuality was the drug of choice. Clones, tartan shirts, bathhouses and above all — hirsute chunks of men – became as ubiquitous as the Marlboro man.

When it came to therapy work in the 80’s, everything was new; addictions, treatment centers, codependency and empowerment became buzzwords, but you only entered these portals of personal development if you had AIDS or were mentally unbalanced. Looking inward was deemed unnecessary in the UK; that was for Americans and their “shrinks” and “Celebrity Rehab” hadn’t started and we had no idea that the worst was yet to come. Before burn-out, I spent two years on an HIV project working with people holding CD4 counts under 50, mostly under 20, who were just preparing to die.

When you think of the media version of a hero it’s easy to recall a man diving into a pond to rescue a drowning puppy, yet the real heroes of those years were those affected by HIV/AIDS who taught the value of everything, including hope, gratitude, true friendship and dignity. A true gift for those left behind in the darkest of times. 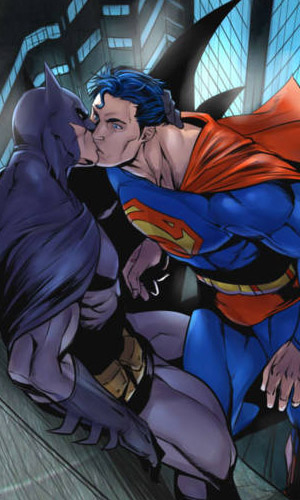 For many gay men, the most heroic stance is to come out. Therapists refer to the “inner child” as a recovery tool, and the discovery of toxic shame connected to a differing sexuality, family of origin and the impact on adult inter-personal relationships, but I always encourage people to find their own ‘inner hero’ because it’s very easy to pass over, ignore or overlook the courage it took to come out. Heroes Gagarin and Armstrong were trained to float around outer space, yet few teenagers are trained to come out, so it is truly heroic when they do.

The “inner hero” decides inside, awaiting an opportunity to reveal itself, all those occasions when you thought you would’t make it, but you did. When you made changes and took risks, you ultimately won out. Coming to terms with your self and a differing sexuality is as brave as Superman flying across the skies, and not all gay men get off the ground. This is where therapy can assist you to teach the bird to fly.

Bravery is also required when leaving an abusive relationship; when the odds are against you. It takes courage to rescue yourself, instead of waiting for someone to come and rescue you; to be scooped up in Superman’s arms and held safe. Many men wait to be chosen, rather than choosing themselves, awaiting rescue “by a great dark man” as Quentin Crisp put it; either online or in real spaces. This tale of a damsel in distress is an epidemic in the lives of gay men. One plays the victim, the other the fixer.

The victim who has less feels held and safe but inadequate, and fixer gets off on the  control they have due to the codependent nature of the relationship. Eventually, a stalemate is reached and couples counselling is suggested and taken up. It’s at this stage with a counselor as the intervener, that truth begins to unravel, failings honored, observed and owned. Not many couples are brave enough to take this adult route to save themselves. It may look like the therapist is acting as rescuer, but a good one will not be trained to fix clients, but allow clients to fix themselves. When this occurs the “inner hero” unleashes, boundaries begin to be respected and esteem is raised, even if the outcome is not to one partners agenda, but honesty and acceptance is far more heroic than rescuing a puppy.

You can read my monthly article here in original form here : http://www.him-magazine.com/2013/07/01/we-can-be-heroes-just-for-one-day/