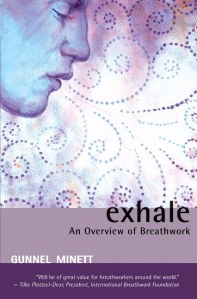 SOMATIC BREATHWORK makes you feel fresh, calm, relaxed and clear. One hour of continuous connected breathing in the company of a trained breathworker leaves you in ecstasy. So much so that people who have had the experience of MDMA say the effect is similar. http://en.wikipedia.org/wiki/MDMA

So there you have it, get LOVED UP – Drug free!

Breathwork is a safe and gentle empowerment technique using Conscious Connected Breathing for around an hour to release suppressed material and enhance aliveness – the joy of experiencing clarity. People have learnt, for whatever reason to ” lock away ” part of themselves, to avoid hidden aspects of their life, with resultant dis-ease of mind and body. The effect this breathing technique can have is to unlock these areas, to bring a person home to themselves.

Breathwork will encourage you to make and create choices in a positive way, let go of negativity and old obsolete thought patterns while exploring potential to move forward. I released incurable Chronic Active Hepatitis B virus from my body after 8 years of regular Rebirthing Breathwork, creating antibodies for sero-conversion and eventual virus management.
Unwind and relax. Some testimonials to Breathwork can appear to be too ” airy-fairy ” for some gay men, which is a great pity. Using the appropriate language therefore is It is also a wonderful way to de-stress the pressures of the urban city, a place to essential to get a message across.
_______________________________________________
Here is a review published in QX Music & Club Magazine in 1997 by DJ, Writer, Editor & Social Commentator Stewart Who? after his first Rebirthing Breathwork session. Known as a heavy user of club drugs his session blew him away.

” The fact that I’ve been going to Rebirthing breathwork sessions has been the source of much interest amongst my friends. Some saw it as a frivolous and fashionable pastime prompted by too many episodes of Absolutely Fabulous. 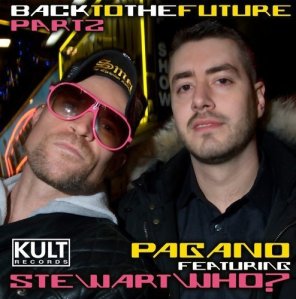 Others conceded that after prozac, amytriptamine, diazepam, coke and counselling, it could hardly do any harm. Some people are mystified, while others are threatened when your friends start looking inwards, it’s hard not to question whether you should be doing the same.

Rebirthing is also known as ” conscious connected breathing ” and basicly that’s all it is, a breathing technique which brings you closer to your subconscious. It may sound like bull shit and I’m very sceptical but the first time I tried it I was completely blown away. It seemed quite simple : controlled breathing in and out, sometimes through the mouth, then the nose.

I lay on the floor on a comfy duvet and David lay beside me and gave assurance that he’d be breathing in a similar fashion as direction and connection. At first I was bored. As far as I was concerned a nice fat spliff would chill me out quicker.

Then after about 10 minutes something started to happen. My whole body began to tingle in a way that I can only relate to drug experiences. I broke out in a sweat, my mouth and hands became paralysised and I felt like I was coming up on the strongest E I’d ever had the luck to get my paws on.

It didn’t feel good at first, if a drug had done that to me in a club, I’d have been screaming for the paramedics. Two things kept me going : trust in David and a determination to sort out the shit in my head. Torrents of sweat were poring from me, and I could hear him explaining it was all the drugs and toxins being released from my body. Had I been able to speak, I might have asked him to bottle it for me.

Eventually the intensity of the experience lessened, the paralysis eased and I continued breathing as if my body was floating. I turned into a fetal position on my side and my whole body vibrated. I felt exhausted, relieved and slightly off my face. I couldn’t deny that I’d had a very strong drug-free physical experience. It wasn’t my imagination, something very powerful had occured. I can honestly say, that cup of tea I was handed after, was the best I had ever had in my life and the biscuits tasted like nothing I’d ever had before. All my senses were on overdrive.

It was all very strange and I did experience what can only be described as a natural high. I walked back to the tube station feeling relaxed, relieved and blissfully clear. I was supposed to be meeting friends for dinner, they all knew I was doing the rebirth thing and thought the whole scenario hilarious. When I didn’t show up on time, they joked that I’d been still-born. There’s no denying that at one point during the ” breathe ” I felt paralysed with fear and overwhelmed by the powerful rush experienced. But it was explained that ” every breath is different, like a kaleidoscope ” and once the process becomes familiar the control in the body eases. It soon passed and I felt amazing.

Writer /DJ / Stewart Who? still has breathing sessions to unwind, review and feel good about himself. Ask him next time you see him. http://stewartwho.com