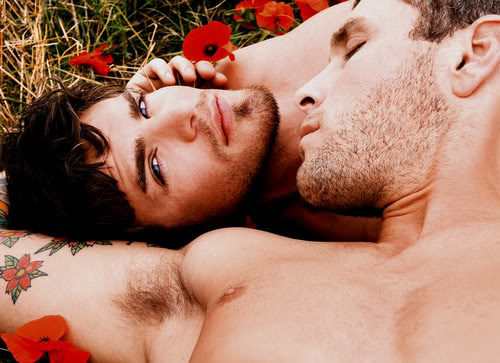 Sometimes people I don’t know, ask me whether I am in a relationship. When I say ‘No” they look at me with bambi eyes, more with pity than with pride, and then I say ‘ but I have all kinds of relationships in my life, why should I just focus on ‘the one?.’ When you have passed the point of performing to gain a relationship, then experienced quite a few along the way, life tells you that relationships aren’t always cracked up to the press release, that relationships need constant maintenance like a well planned garden. Often effort is put into the coupling during the first year, then interest wanes, weeds appear, and fences fall down. Or perhaps you’re just not cut out to have one, as many have discovered. This romantic notion, one size fits all, that there is ‘someone out there for you’, is as abusive as being told we should all be straight. 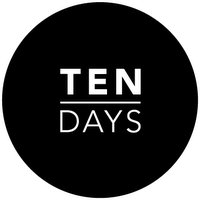 So welcome to my first guyspy blog on this dodgy subject of intimacy, projection and fear. I say that because ‘love brings up everything unlike itself for the purpose of healing’. This phrase still hovers in my head though I first heard it in the late 80’s during my Relationship Coaching Training. Initially I had no idea what it meant, then it dawned on me, as I examined past relationships, that my dysfunctional relationships embraced jealousy, rage, abandonment, codependency and fear, much more than love. So thus I walked the path of discovery, and maybe you will walk with me as the weeks go by, as I open up insights into why some relationships bathe in longevity while other constitute a shorter period. One of the most powerful relationships I had lasted 10 days. He was much, much younger than me, as was my passion then. A skinny wildly creative twink who thought he wanted to be a girl at 14, a cross-dressing bisexual boy at 19, and ‘not sure if he was gay’ at 20. Horse hung, hairy, confused and a student at St Martins School of Art, a model for The Face magazine, and a hairdresser with one of London’s top salons. He was everything I thought I wanted to be. This brought up ‘everything unlike itself for the purpose of healing’. On the 10th day he got out of bed in the early hours and said ‘I can’t do this anymore, I’ve put my mum through too much stuff already, to be gay as well is too much’. So I just kissed him and said ‘I know’. It was not about being ‘in love’, because I wasn’t in love with him, but I loved him enough to let him go, to find his own path. No drama and no manipulation from me was the lesson, and the first time I had consciously applied it. His vulnerability brought up my own coming out, from straight to bisexual to gay at 20 years old and his creativity reminded me that I missed my own place at Art School because we moved away from the area and I still felt resentful. His conundrum mirrored my past and I needed to detox the aftermath.

15 years later I sat with a new client and as he unravelled his relationship distress, I realised his partner was ‘Mr 10 days’. A wind of of shiver blew through me and I mentioned his name. The client was startled. Then he said “Did you ever live in Clapham ?’. Yes, I said. He continued, ‘he talks about you often, the first man that treated him as a man, a man who needed to take responsibility for himself, thank you’. We decided at that point to ethically end our sessions with warm embrace and move on. When he left I felt tearful, not with loss but the joy that he had found himself and that I played a small part in it.

When you go online this week, seeking sex or a relationship search, remind yourself that any journey is more important than the relationship destination. That sexual experimentation, friendship, respect and influence is likely to hold a deeper memory with someone than the lost relationship, the ‘one’ that got away, the so called failure. In future posts I will examine and maybe influence your views on relationships, the ones with money, body image, with intimacy, chemicals, compulsive patterns and soul confusion. Whether you are in an open or closed relationship, single or ‘it’s complicated’, let’s not dismiss all the other relationships around you that need attention and energy.

This blog first appeared in my regular column at http://www.guyspy.com where I am RELATIONSHIP GUYD.